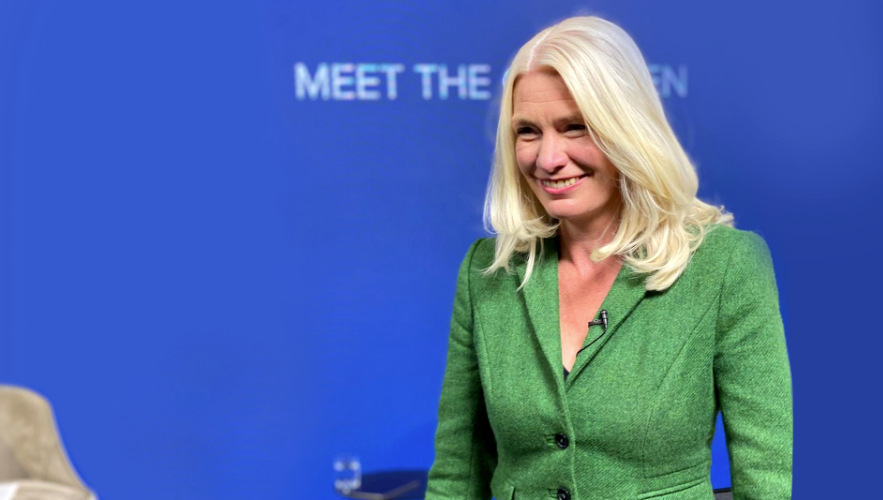 Amanda Milling, Chairman of the Conservative Party, spoke to The Telegraph about the Party’s commitment to 50/50 candidates, and gender representation in politics. Here is the article in full:

Hundreds of women have put themselves forward to be potential Conservative candidates in the past two weeks, as the party’s co-Chairman Amanda Milling says the party is heading towards its third female prime minister.

A year after Boris Johnson committed to equal gender representation amongst all Tory candidates, Ms Milling said a new outreach “mission” to encourage women to stand had led to an influx of interest.

Buoyed by the success of the campaign, she argued that the Conservative Party will “probably” have a third Prime Minister by the time Labour gets its first.

“That’s the way that we’re going. We’ve done so much better than the Labour Party in getting females to the top of Government,” she admitted.

Last year the Prime Minister described women making up half of Conservative candidates as an “ambition” and has recently pledged his support for an equal split amongst MPs too.

However, the Tory party still has some way to go to catch up with Labour – more than half of all Labour MPs are women compared to a quarter of Conservative members.

Ms Milling confirmed that the party would not be adopting all-female shortlists to reach its targets.

She said:“ I don’t believe in all women shortlists. Because actually, what you need to ensure is that you’ve got the pipeline so that you find the best candidates and nurture them as they move through the system.

“It’s important that the most talented people, the right people get selected for seats and run regardless of who they are.”

Instead, Ms Milling has overseen “the biggest review of the candidates process since the early 2000s”.

Firstly, the party hopes to widen the “pipeline” process.  Next year the co-Chairman will host a raft of roadshows across the country – with a particular focus on “Blue Wall” seats – to attract more female talent.

The Government has also completely reviewed its assessments process by measuring up potential candidates against a “raft” of competencies and reintroducing psychometric testing.

While the system to encourage candidates appears to be working there are undoubted deterrents to standing for political office.

Abuse has intensified in recent years, with some female MPs claiming death and rape threats are “a daily occurrence”.

Ms Milling admits that abuse has increased “across the board” and notes that women “have been experiencing more of it”.

It’s one of the reasons she leapt to the defence of colleague Chris Clarkson, who Labour’s deputy leader Angela Rayner labelled “scum” in a bitter Commons clash.

She said: “If we’re calling if you’ve got colleagues calling out some of the things that they’re getting on social media, how can you then say something like that in the Chamber?”

Elsewhere, Ms Milling is looking towards next year’s set of local elections. With the toughest coronavirus restrictions hitting many new Tory seats, is she concerned that the “Blue Wall” could begin to crumble?

“Covid apart, this is a big set of elections for the Labour Party,” she said. “You would expect them to be making inroads, and it will be as much a sign of what Sir Keir is achieving.”

She argues that the recent NEC elections and tumultuous fall-out from Jeremy Corbyn’s suspension show that the party is still “very much divided”.

This article first appeared in The Telegraph on 30 November 2020.